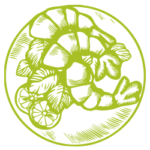 We create luxurious meals in the comfort of your vacation home

Your personal chef and server will do all shopping, cooking and cleaning while you relax and enjoy your meal with friends and family.

Garrett Hurley grew up in the rich and abundant culinary environment of southern California. While graduating with honors from the highly regarded California Culinary Academy "Le Cordon Blue", he worked in some of the best kitchens in San Francisco, including Aqua and the Slanted Door. Garrett then had the opportunity to work along side some of the best chefs around. He later made his way back down south and landed a sous chef job at one the best French restaurants in Southern California, Aubergine. Wanting to expand his horizon on world cuisine he then, worked for world famous Roy Yamaguchi at Roy's in Newport Beach, California.

After this valuable and diverse experience, he wanted to change things up and follow the endless summer, so Garrett moved to Costa Rica in 2011. He helped open the Tiki Hut in Marbella, and in 2013 opened his very own restaurant with the help of his wife Marcela. Amigos Bar & Grill is a hidden gem here in Costa Rica. He has now ventured into the private catering world, having access to some of the best seafood in the world and working with local farmers, Garrett is ready to dazzle you with a culinary treat. Thanks for considering choosing him for your catering needs. Pura Vida! 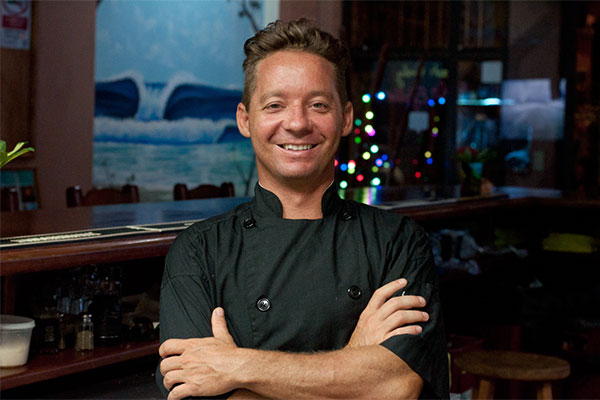 A three course meal inspired by Italian cuisine, with options for first and second courses.

A three course meal in Costa Rican style, with options for first and second courses.

A three course meal inspired by French cuisine, with options for first and second courses.

A three course meal with North American flavors, including options for first and second courses.

Taste of The Hawaiian Islands

A three course meal inspired by the flavors of Hawaii, with options for first and second courses.

Taste of the Pacific Rim

A meal inspired by the flavors of the Pacific Rim, with a variety of seafood dishes.
See all Menus

Let us provide your first dinner and breakfast in Costa Rica to make your arrival as easy as possible.
SEE WELCOME MENU

Inquire about your wedding

Getting married in Costa Rica?
Let Us Cater your Wedding

We would love to cater your next event or group vacation!
GET IN TOUCH
+506 8315-0547 garrett@puravidacateringcr.com

Tell us about your experience with Pura Vida Catering, and read about what other clients have to say.
Read & Leave Reviews